It is for this role that he is best known among the design community, being the creator of the minimalist Globe 2000 that has become Raak’s most celebrated floor lamp and an dutch icon design. The simplicit and high quality materials including a glass globe, produced by German glassworks Peill & Putzler.  Ligtelijn soon designed a series of Globe lamps, including pendants and desk lamps to complement the floor lamp. Though it is highly probable that Ligtelijn designed other lamps for Raak, due to the huge commercial and critical success of the Globe Series, his other designs often take a backseat. there is relatively little known about Ligtelijn himself. Nevertheless, the Globe Series is not only an exemplar of Space Age design, but also remains as in demand among vintage fanatics today as it was in the Netherlands in the 1960s. 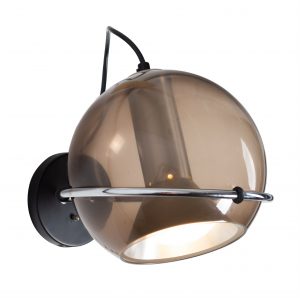 Arne Vodder was a Danish furniture designer, a close friend and partner of Finn Juhl who had been his teacher.

Innovative architect, industrial designer, and urban planner Vico Magistretti was a driving force in Italian design from the 1960s onwards.

Fill in your email I'll keep you updated about the latest finds.